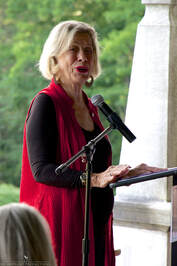 It's a Summer Tradition!

Sally-Jane's annual reading of Edith Wharton's,
"The Mission of Jane" is always a delightful combination of at
The Mount on
Wednesday July 24, 2014
5 - 6pm

Enjoy refreshments and the view on the gorgeous veranda at Edith Wharton's home
while Sally-Jane brings this wonderful story to life as only she can!

One of many praises for her performance reading...


"You managed to create both vocally and with the most subtle physical gestures create 4 very distinct and knowable characters... WOW to me that's acting of the first order!" 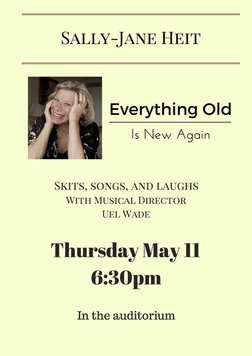 Sally-Jane returns to Pine Run Village with her timely performance of Everything Old is New Again with Musical Director Uel Wade. 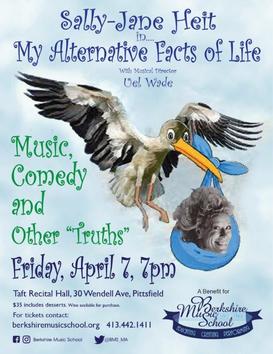 ​My Alternative Facts of Life
A Benefit for Berkshire Music School
Friday April 7, 2017
7:00pm
Pittsfield, MA
​
In her benefit for Berkshire Music School Education Programs, Sally-Jane Heit will perform her latest show, My Alternative Facts of Life, bringing her often irreverent stories, skits, and songs to life with music, comedy, and other “truths”.  Sally-Jane will be accompanied by Musical Director, Uel Wade.

Sally-Jane Heit has an impressive list of theatre, film, television and cabaret credits. She continues to entertain audiences in support of arts organizations around the country.  You can discover more about this dynamic entertainer on her website at www.sallyjaneheit.com, Sally-Jane’s Blah, Blah, Blog, and on Facebook.

Please join us on Friday, April 7 at 7:00pm for this special benefit performance, followed by a dessert and wine reception.  Tickets are $35 and can be purchased by call Berkshire Music School at 413-442-1411.
​ 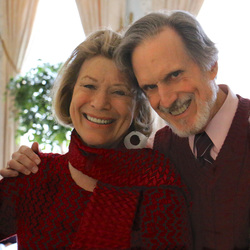 Saturday, September 6, 2014
6:30-8:00 pm
PS21 is ending the season with a Cider Party in our glorious apple orchard.
There will be swing music by the Berkshire Bop Society withLincoln Mayorga, piano, Otto Gardner, bass, and Sheri Bauer Mayorga, vocals, and cabaret songs performed by ﻿Sally Jane Heit accompanied by Uel Wade, piano.﻿ You can bring your own picnic or pre-order a boxed picnic supper from Simon-Carlucci Catering - just call or email us to place your order. We'll have fresh local cider, hard cider from Sundog Cider, cider donuts from Golden Harvest, hot coffee and a variety of snacks for sale.

As a Thank You for their ongoing support, our members are invited to join us for free!  $15/$8 students/PS21 members are free 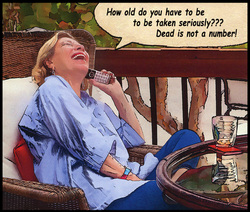 Join the Berkshire Festival of Women Writers on May 17, 4 p.m. at the Sandisfield Arts Center for a very special celebration of the daughter-mother relation hosted by Festival Director Jennifer Browdy de Hernandez.

Nine daughters will read short pieces they wrote in response to the theme “Questions for your mother”, followed by a short finale performance on motherhood by the irrepressible Sally-Jane Heit.

Tickets are $15, to benefit the Berkshire Festival of Women Writers and the Sandisfield Arts Center.  Click here for advance purchase. 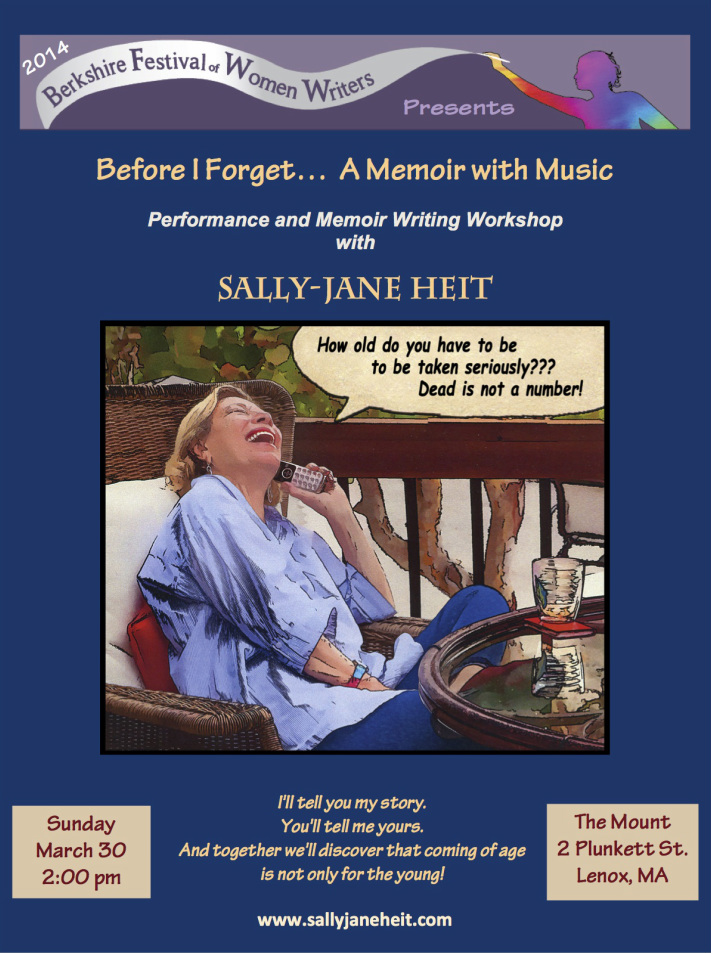 Sally-Jane is thrilled to return for the second year to the Berkshire Festival of Women Writers.  In this workshop, Sally-Jane shares scenes from her life in order to inspire and support others to take the center stage in their own lives.

Here’s the deal.
I’ll tell you my story, you tell me yours.
I need to do this before I forget… Hey! That’s the name of my musical memoir!
I am funny, irreverent, and sometimes my voice cracks on the high notes.
What can you expect from an 80-year-old swinging Nana?
You have a question.  I have an answer.  Ask Hamlet.  He asked me…
“Sally-Jane, To be or not to be?”
“Honey,” I said, “Relax, have a cup of tea, and come to the workshop.  All will be revealed.”
And so it will be.
Playwright, actor, and singer Sally-Jane Heit shares excerpts from Before I Forget . . . A Memoir with Music and discusses how she came to create this masterful one-woman show. The highs and lows of Sally-Jane’s life provide new material for the shaping and reshaping of what will never be a finished piece. This workshop invites participants to listen, remember, share, and, of course, ask questions. Sally-Jane may not know the answers, but that has never stopped her from telling people what to do! With her infectious brand of humor, wit, and wisdom, she demonstrates how to tell your truth your way. As life goes on, so does the memoir.

Memoir Making Workshop: A Story That Never Stays the Same 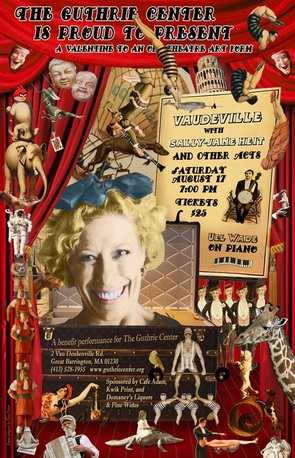 In her new cabaret show, Sally-Jane Heit dives deep into Ye Olde Theatrical Trunk of Comedy and Song.  A Vaudeville Cabaret features songs by Cole Porter, Gershwin, and Rogers and Hart, along with original songs written for her by talented, off-the-wall composers and lyricists (i.e. people attuned to her special brand of lunacy). She sings “I Want to be a Victim,” “Valium,” and “Starve-a-Fever-Feed-a-Complex Walz,” and brings a range of characters to life, among them a Miss America contestant whose talent is cooking, a middle-aged Disco Lady, the mother/daughter/granddaughter of now and forever, and more. Longtime musical director Uel Wade accompanies her on piano.
Sally-Jane Heit’s latest one-woman show blends comedy and song into a poignant portrayal of real life that leaves audience members nodding their heads in recognition and smiling. Songs both familiar and original help to tell her life story, beginning with her Brooklyn childhood through marriage, motherhood, divorce, and losses, along with the theatrical adventures that helped see her through. She candidly explores her hopes, dreams, disappointments, anguish, and successes, and invites the audience to dig deep with her, and to take center stage in their own lives. Longtime musical director Uel Wade accompanies her on piano.

August 17, 2013
Vaudeville - A Valentine to an Old Theatre Art Form
The Guthrie Center

Sally-Jane's love of vaudeville began as a young child when to escape the housewife routine, her mother would take her into the city for movies and vaudeville.  She got her first vaudeville experience playing Mama Rose in the musical, Gypsy.  In her own interesting theatrical career over the span of decades she has gathered, written, and performed a variety of comedy sketches and songs - classics and originals and housed them in her own theatrical trunk.  At this special benefit performance for and at The Guthrie Center, Sally-Jane opens that trunk to pay homage to a bygone era that has birthed some of the greatest stars, songwriters, animal handlers, producers, and writers in the business.  For anyone who ever had a dream, vaudeville was the place to test your wings. The Guthrie Center has given artists wings, so this is a celebration of that commitment in an evening of vaudeville complete with song, comedy, and other variety acts.  Long time friend and music director, Uel Wade will accompany Sally-Jane on piano. And rest assured, nepotism is alive and well.  Sally-Jane’s grandson, Eli Catlin, who sings the blues channeling Muddy Waters, and other guests will conjure up the true spirit of vaudeville.  Not to worry.  This Vaudeville comes complete with the famous “hook”, of course only to be used at the discretion of the "star".

Let me hear you laugh.  Let me see you sway to the music.
~ Sally-Jane Heit 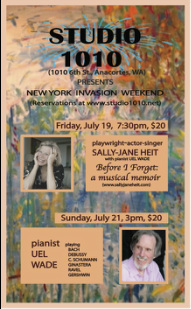 Before I Forget . . . A Workshop in Memoir Making
(or, How to Tell a Story That Never Stays the Same)

Playwright, actor, and singer Sally-Jane Heit shares excerpts from Before I Forget . . . A Memoir with Music and discusses how she came to create this masterful one-woman show. The highs and lows of Sally-Jane’s life provide new material for the shaping and reshaping of what will never be a finished piece. Out of the mouth of an old babe, this workshop invites you to listen, remember, share, and, of course, ask questions. Sally-Jane may not know the answers, but that has never stopped her from telling you what to do! With her infectious brand of humor, wit, and wisdom, she demonstrates how to tell your truth your way. As life goes on, so does the memoir.

Sally-Jane Heit grew up in Brooklyn, NY, where the attempt to rival attention among her seven siblings stirred her natural abilities as a performer—singing, dancing, and acting. Sally Jane trained at the High School of Performing Arts, Hunter College, and Yale Drama School. After raising three daughters in Washington, DC, she moved to New York and was cast in Michael Bennett’s Broadway musical Ballroom. Her impressive list of professional credits includes theater, television, and film. It was an inspired encounter with Lily Tomlin that ignited the passion that has evolved into her latest production, Before I Forget . . . A Musical Memoir.

Jennifer Browdy de Hernandez, PhD, is associate professor of comparative literature at Bard College at Simon’s Rock, where she also teaches human rights, gender studies, and media studies. She blogs regularly on politics and environmental issues at Transition Times and is the founding director of the Berkshire Festival of Women Writers. She is the editor of the anthology Women Writing Resistance: Essays on Latin America and the Caribbean (South End Press, 2004) and coeditor of African Women Writing Resistance: Contemporary Voices(University of Wisconsin Press, 2010). She is currently working on a memoir that fuses the personal and the political, with a focus on environmental justice. 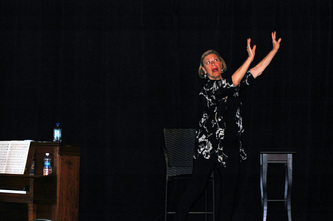 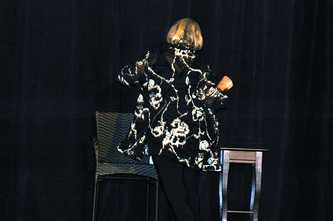 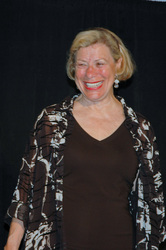 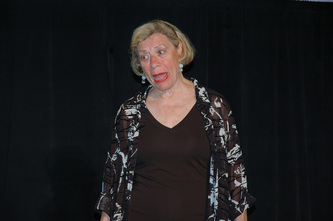 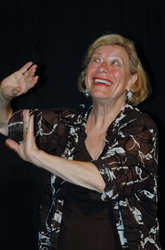 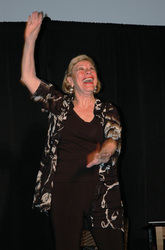 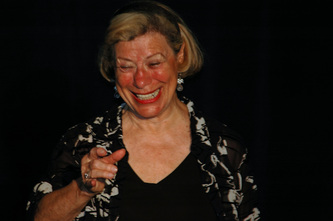 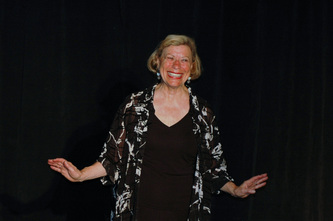 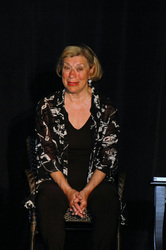 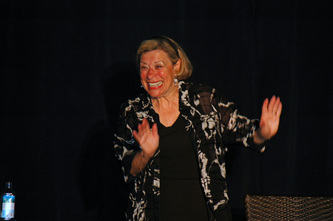 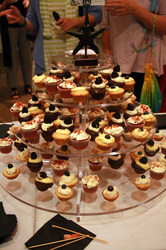 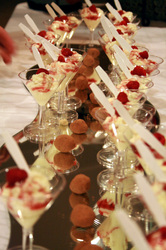 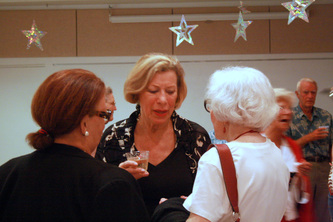 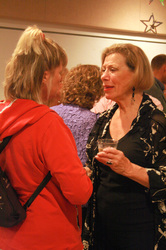 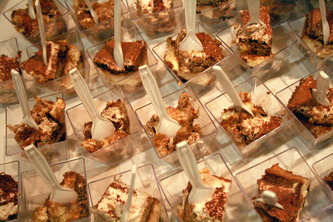 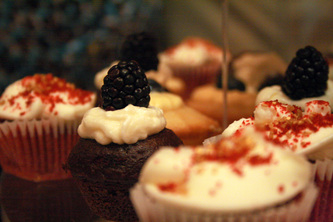 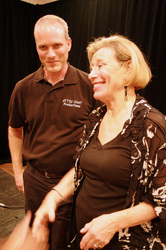 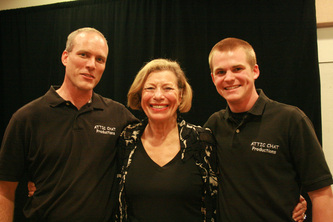 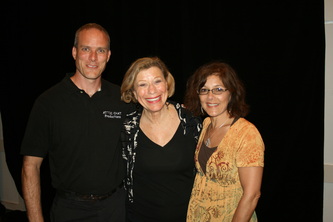 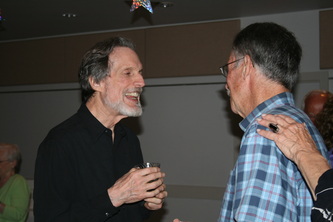